Colonial homes from US$37,000 in a top expat haven Plus: Finding casinos in Latin America

Many of us dream of living in a Spanish colonial city…and of owning a Spanish colonial home, with its high ceilings, painted tiles, and a private center courtyard. If you count yourself among this growing number, then you’ll find no better place to buy than Granada, Nicaragua.

In Granada, you’ll not only find one of the best preserved Spanish colonial centers in the Americas, but you’ll also discover colonial-style properties starting at just US$37,000.

Founded in 1524, Granada claims to be the first European city founded in mainland America…so it’s a truly old colonial city rather than a semi-modern lookalike. It’s named after the ancient city of Granada, Spain, and shares some of that city’s Moorish architectural influence.

Granada sits at the north end of Lake Nicaragua, with beaches near town, and a group of small private islands just offshore. It lies just south of the well-known Lake Apoyo, Nicaragua’s largest volcanic crater lake.

The international airport at Managua is a little less than an hour to the north, and the Pacific Ocean lies a little more than an hour to the west. The weather is warm-to-hot all year, with average high temperatures running seasonally between 86°F and 93°F (30–34°C). Rainfall is moderate at 47 inches, although most of that rain comes between May and October in the form of afternoon showers.

You can’t miss Granada’s rich colonial heritage
It’s obvious as soon as you arrive: Granada is one of most finely restored and preserved colonial cities in the Americas. It sees a good number of international travelers and has a sizeable expat community which combine to account for its wealth of hotels, fine restaurants, and well-kept buildings.

Granada is built around a large, shady, and bustling town square, anchored by a stately, neoclassical cathedral at one end. The streets are narrow—built prior to the automobile—and lined with rows of cheerful, well-kept Spanish homes.

Here’s why I think Granada is an attractive market
Granada usually has a good inventory of colonials in a good state of restoration. Granted, colonials can be found in plenty of places around the Americas…but there are a few things that set Granada apart: 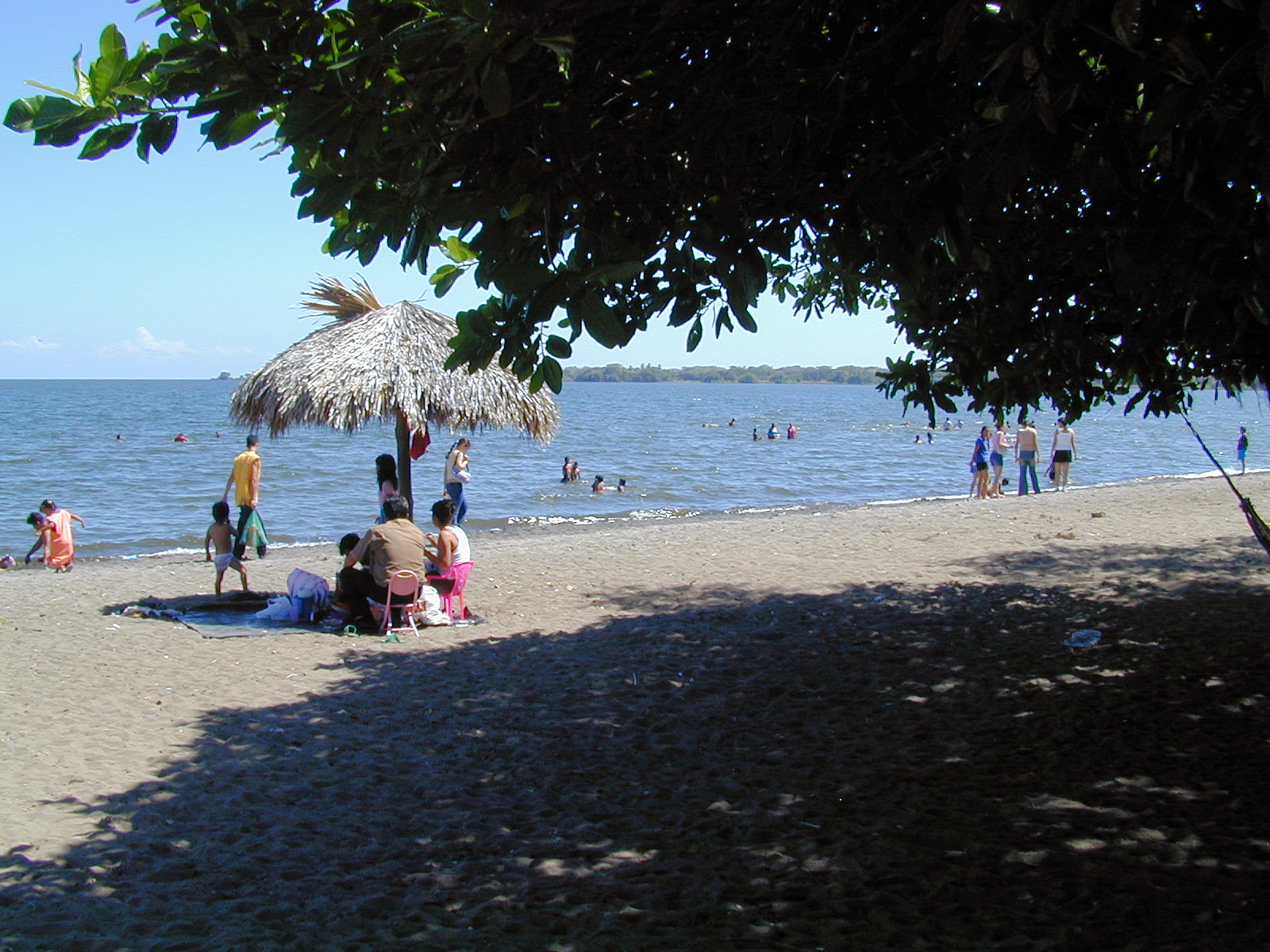 But best of all, Granada still feels authentically Nicaraguan. You’ll see the old oxcarts lumbering through the streets, and the towering cathedral…as well as the local delicacies, crafts, and pottery offered by Granada’s street vendors around the square.

Granada is a unique blend of native Nicaraguan city life and expat amenities.

If there’s a downside to Granada it’s that it can be hot. I didn’t really find it unpleasant, but I did sleep with the air conditioner on, as will most people.

Also, if you want to be a pioneer—one of the first few expats to discover a city—this isn’t the place to do it. The expat community is not that big (and has brought some nice amenities) but there are definitely a fair number of English-speakers already in residence.

Here are a few examples from the market today
The least-expensive houses I saw were priced at US$35,000, and they needed a good bit of work. But for just a bit more, you can buy something that’s fit for living, as is.

If you’d prefer life in a planned community, check out Club Vistalagos. It offers breathtaking views of Lake Apoyo which is just a few minutes from town, and it offers the security and privacy appreciated by many part-time homeowners. I’ve owned a property here myself, since 2005. Follow the link to get more information on Club Vistalagos.

My real estate contact in Granada is David Joyce. I’ve been working with David since 2004, and find him a pleasure to deal with. Here’s his contact info:

If you’d like to invest in Spanish colonial property, or would enjoy the Spanish-American lifestyle, then Granada should be high on your list. Located less than two hours from Miami, the cost of living is low, the properties are inexpensive, and the inventory of colonial-style homes is unparalleled…especially at these prices.

***
Letters To The Editor
To the editors:
In reading Lee Harrison’s article on Medellin, I was truly disappointed to find no hint as to how Colombia would tax my retirement income should I become a resident. This
is a subject which is a “big deal” to probably most of your readers. It just seems
to me that your readers deserve a little more guidance/direction/overview as to how any given retirement-destination country taxes U.S.-sourced “retirement income”.

You are a tax-resident in Colombia if you are in the country more than 183 days in any 365-day period. If you are a tax-resident, in some cases, they can partially tax retirement income. The tax would be 5% of the amount that exceeds US$5,375 per month at today’s exchange rates.

Dear Lee,
As you seem to be the most-versed person with regards to the inside scoop of different retirement locations, can you please tell me which of the countries have casinos? Visiting the casino occasionally is one of mine and my husband’s favorite pastimes!

Here’s some good news for Lisa and her fellow gamblers: casinos are legal and prevalent in most of Latin America, with Brazil being the only major exception I can think of. In Uruguay, the government actually builds and operates a network of nice casinos. Unlike the United States, gambling has not been judged as sinful behavior in most Latin American cultures, and has never been a crime.

And you won’t see the crowds that you’ll find in many U.S. casinos. Casinos are usually plentiful, and they lack the “forbidden fruit” cultural incentive which helps to make casinos popular in the United States.

You can also expect to find casinos relatively unregulated when judged by U.S. standards, so be sure you understand the house rules when playing.

Have question? You can write to Lee here.

Surf, sunsets, and sea breezes on Panama's most beautiful stretch of Pacific coastline

Multiply your purchasing power with a Self-Directed 401k

Multiply your purchasing power with a Self-Directed 401k

Become King (Or Queen) Of Your Own Castle And Earn Too

Find Out The Best Way To Hold Real Estate Overseas

Where Can You Find The Best Value On Your Retirement Home?

Find Out The Best Way To Hold Real Estate Overseas

Where Can You Find The Best Value On Your Retirement Home?

© 2020 Overseas Property Alert - A Division of Live and Invest Overseas.