John Clites is a U.S. citizen currently living in Brazil under permanent residence. He divides his time between teaching English, writing about Brazil, and maintaining an on-again, off-again blog. 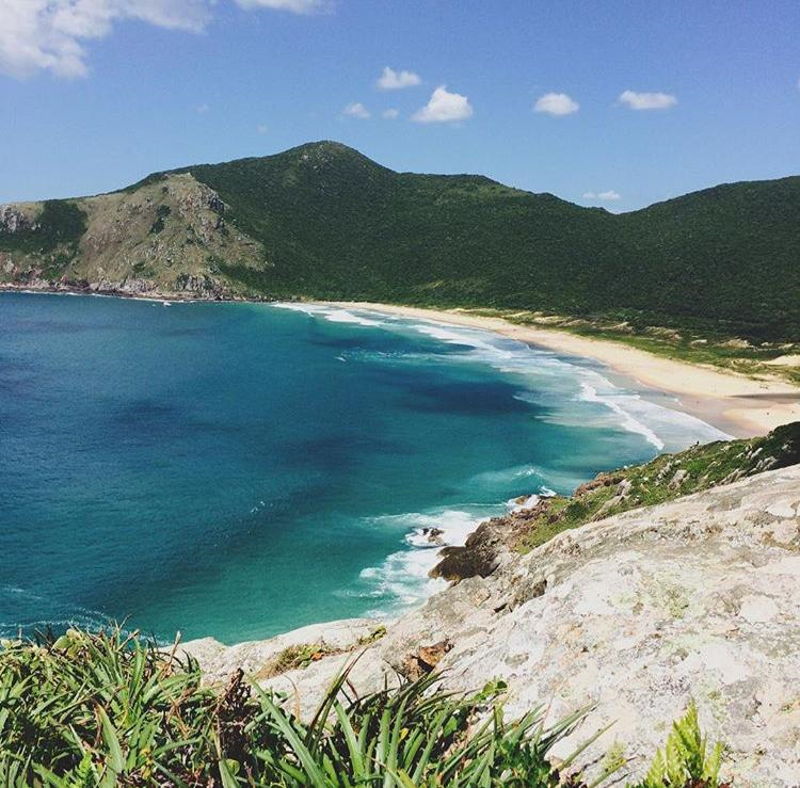 Florianópolis, the capital of the southern state of Santa Catarina, is …

Why You Should Be Buying Real Estate In Florianópolis, BrazilRead More » 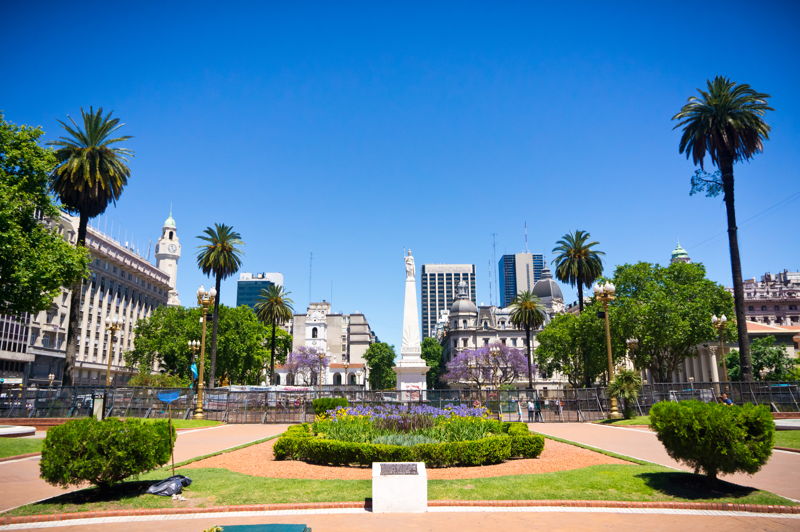 Buenos Aires is, without a doubt, one of the most cosmopolitan cities I’ve visited. Although most surnames are Spanish or Italian, the local populous is in fact quite diverse, which is reflected in the city’s culture and vibe.

The food is eclectic and much more varied than you’ll find elsewhere in Argentina, as is the music. The city is fashion-forward (and sometimes sideways). There is a strong …

The Best Neighborhoods For Expats To Buy In Buenos AiresRead More » 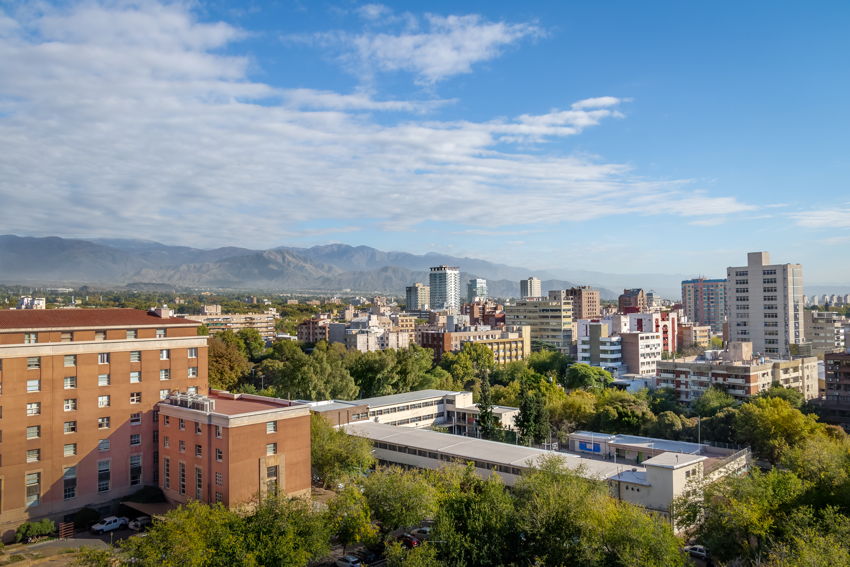 Located in western Argentina, Mendoza lies in the foothills of the Andes and receives rave reviews from those who visit. The area produces a variety of agricultural products, but it’s undoubtedly best known for its wines, especially dry reds. If you enjoy a glass of Malbec or Cabernet Sauvignon, you’ve likely had a taste of Mendoza already.

In part because of the many bodegas (wineries) here, tourism constitutes a large and growing portion of the economy. Tourism is fueled not only by wines, but also by a rich culinary scene, outdoor activities, lovely scenery, and mountain climate. Foreigners flock here in the summer (roughly December through February), and Argentinians come year-round. …

An Overview Of The Real Estate Market In Mendoza, ArgentinaRead More » 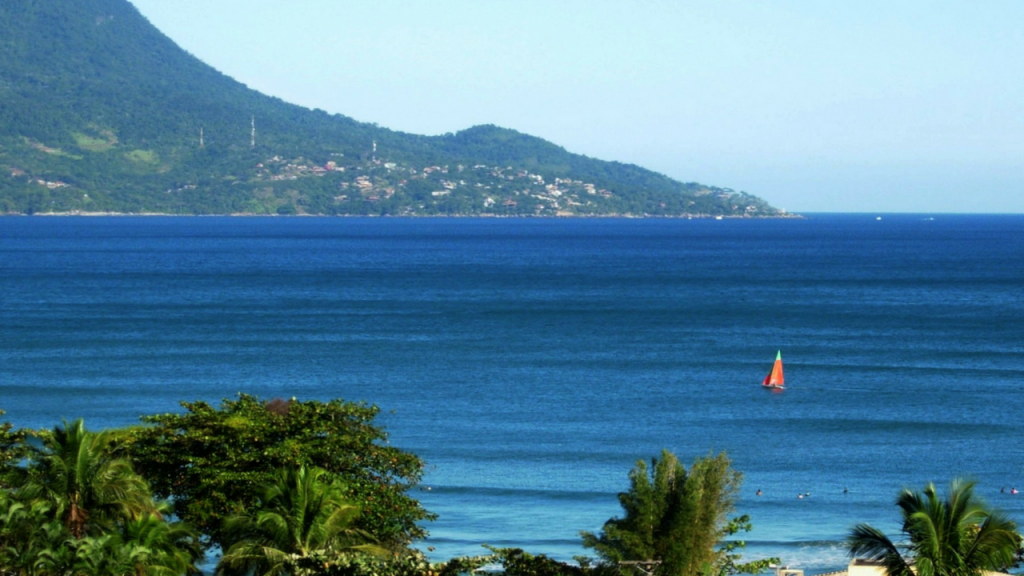 Last week I began a trip with you along the North Shore coastline of Brazil, south of Rio de Janeiro. We looked at Bertioga, São Sebastião, and Ilhabela and sampled a few real estate opportunities along the way. If you missed last week’s story, read it here to get up to speed on our journey.

The next two towns you should visit here in the neighboring state of São Paulo are Caraguatatuba and Ubatuba.

Caraguatatuba (population 113,000) is the largest town on the North Shore. It receives many visitors from São Paulo city and the interior, although some folks consider it to be a bit déclassé. The beaches in the city itself are not terribly attractive, but Mocóca and Cocanha, north of town, are nicer.

You’ll also find waterfalls nearby. And Caraguatatuba is connected by a good road, SP-099, to the area known as the Vale do Paraíba, which contains some lovely scenic towns in the highlands. So if you can’t decide between the beach and the mountains, Caraguatatuba might be a good choice for you. … 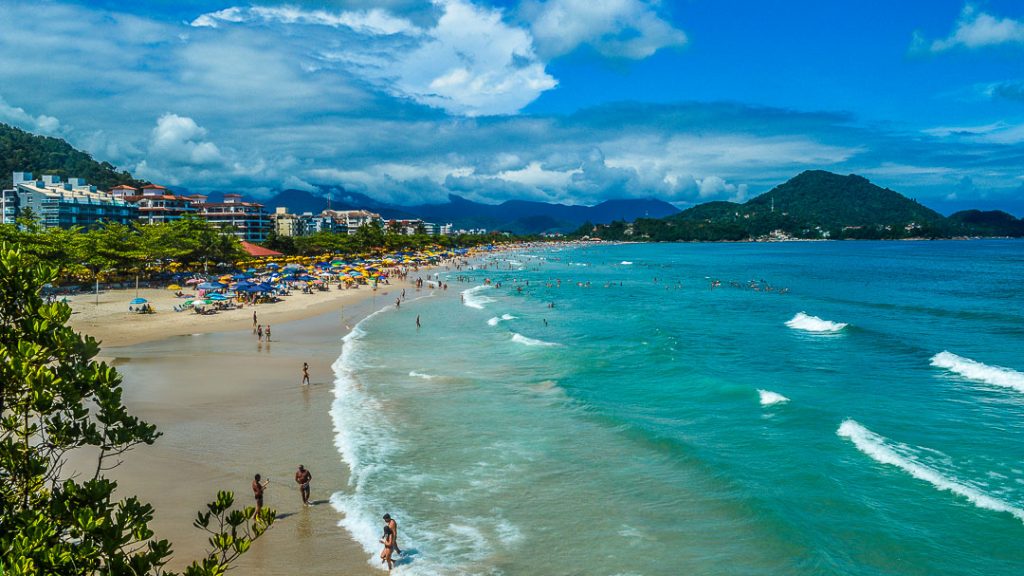 Brazil is renowned for its gorgeous beaches. At least once a year, during Carnival, you’ll see panoramic shots of Copacabana and Ipanema beaches, framed by those iconic granite cones, called morros.

But with over 4,500 miles of coastline, Brazil has much more to offer. South of Rio de Janeiro, in the neighboring state of São Paulo, you’ll find 370 miles of coastline. If you’re a beach bum at heart, then this area is worth a look for several reasons: … 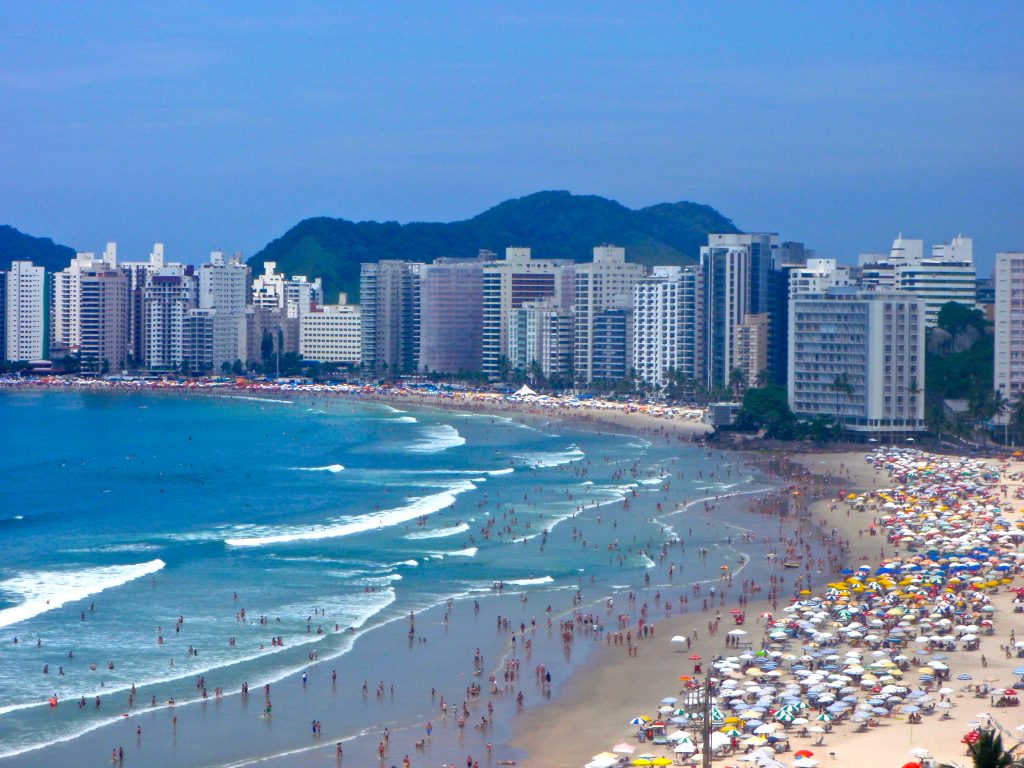 Last week we visited Santos on the coast of the state of São Paulo in Brazil.

Just across the estuary from Santos lies Guarujá. Though only four minutes from Santos by balsa (ferry), Guarujá is quite different in many respects.

Whereas Santos bustles, Guarujá is more of a laid-back beach town. In fact, a quick search online of the top things to do in Guarujá will present a list of beaches, more beaches, and still more beaches. Oh, and the Acqua Mundo aquarium, with its sharks and penguins.

Guarujá is full of vacationing paulistanos (residents of São Paulo city) during the summer months (December to February), and again during the July holidays. Throughout the rest of the year, it lies largely dormant.

Which makes it very attractive to me.

More and more as the years pass, I value tranquility, which can be …

These cities lie about one hour southeast of the city of São Paulo. Each is situated on a large coastal island, and though each boasts lovely beaches, they are quite different in most other respects. This week, we’ll get to know Santos. Next week, we’ll take the ferry across to Guarujá and go exploring there.

Santos is a bustling city of about 420,000. It is, in fact, generally conceded to be the busiest port in all of South America, servicing both container and cruise ships. But Santos isn’t the grimy blue-collar town you might imagine. Around 2010, with the discovery of oil and gas reserves offshore, there was a sudden inrush of white-collar jobs. Also, many of the locals are well-paid professionals who actually work in the city of São Paulo, but who make the commute daily because they prefer to live in Santos.

Santos, in fact, regularly appears on lists of the top cities in Brazil in which to live. In 2016, Santos ranked #6 among the best cities in Brazil as determined by the United Nations, considering factors such as average level of education, life expectancy, and income. Santos was rated earlier this year as the best city in all of Brazil for those 60 and over. In a country where people are given to complaining about the government and services, everyone here speaks highly and proudly of Santos, of its superior services, safety, and high quality of life.

Santos is attractive as well. Nature has blessed her. Here, as in so many cities in … 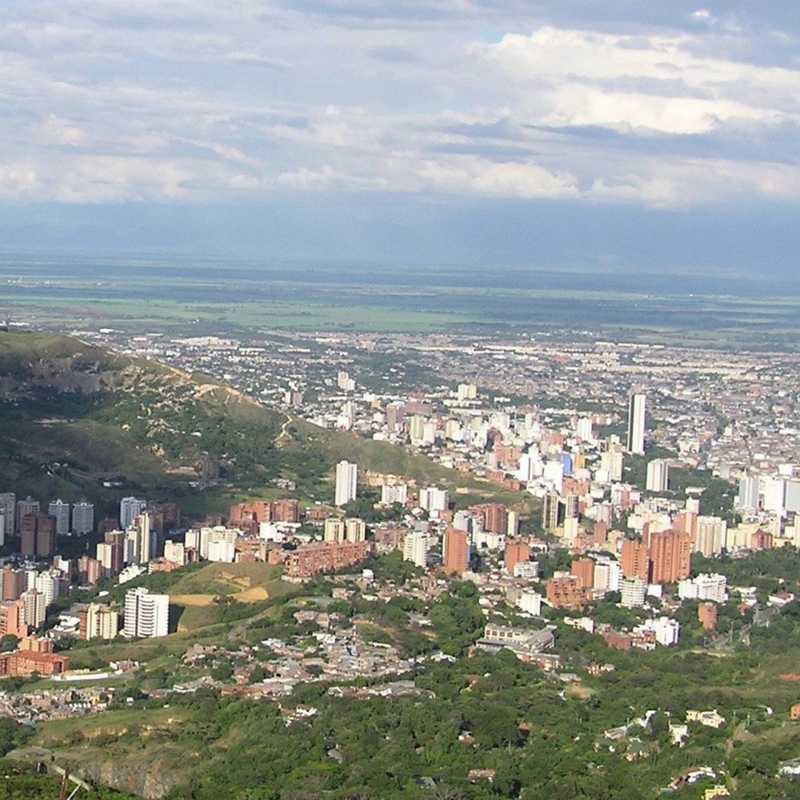 My workout over, I wipe my brow and walk over to chat with Sergio.

Sergio comes to Parque El Ingenio almost every day to sell agua de panela—water flavored with brown cane sugar and lime—to the folks who exercise at what I have come to call “The Flintstones Gym.” The equipment here is homemade. Barbells and dumbbells sport blocks of concrete rather than steel plates, but the equipment is well maintained and this is a popular spot in the mornings. The men who come here are serious about working out, but also friendly, and they welcome me with smiles and nods.

Sergio pours me a generous cup of agua de panela, and I fish a sweaty 1,000-peso bill—about 35 cents—from my pocket. I hand it over and we begin another of … 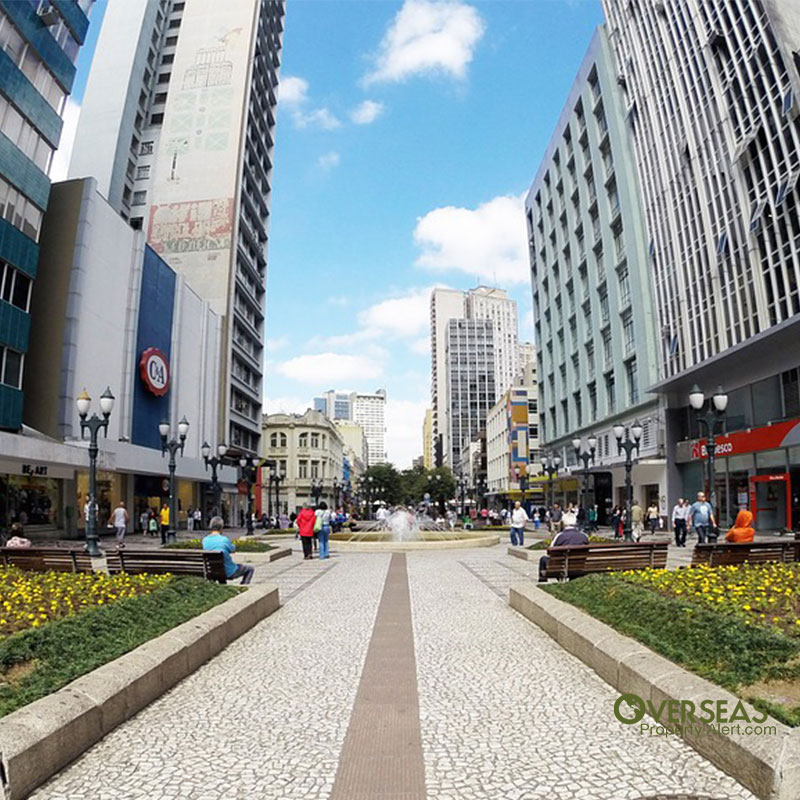 If you are planning to move when you retire, likely you’ll strive to balance a high quality of life with a reasonable cost of living—which is not always an easy task. A city which offers both—though you may never have heard of it—is Curitiba, in southern Brazil. People from the south of Brazil often refer to this region as “The Other Brazil,” and, indeed, the region is more developed than the rest of Brazil, excepting São Paulo state. Curitiba, the largest city in the region at about two million inhabitants, has a great deal going for it, and scores high on the United Nations’ Human Development Index. The capital of the state of Paraná, Curitiba officially dates from 1693, although indigenous peoples lived in the area long before that. The name in Tupi means “pine nut land,” a reference to the area’s many pine trees and the food staple it yielded. Curitiba grew first on the cattle trade, then logging. Today it possesses a diverse economy based predominantly on services, and many international as well as domestic companies have facilities here.

Curitiba sits near the coast, but on a plateau 3,000 feet above sea level. While Brazilians sometimes comment on how “cold” the city is, the weather in Curitiba is generally moderate. Even in winter (June to August here), the average daily lows are still in the high 40s (F), and daily highs in the 60s.

Curitiba has a lot to offer. Topping the list would be its diverse ethnic roots, which have created a culturally rich city. Consider this partial list of municipal parks: Portugal Woods, Italian Woods, German Woods, and Japan Square. All of these ethnic groups, plus Poles and Ukrainians, contributed significantly to the makeup of Curitiba today.

Curitiba hosts an array of cultural events each year. These include FeiArte, a large arts and crafts fair which each year highlights a different country. For foodies, there’s … 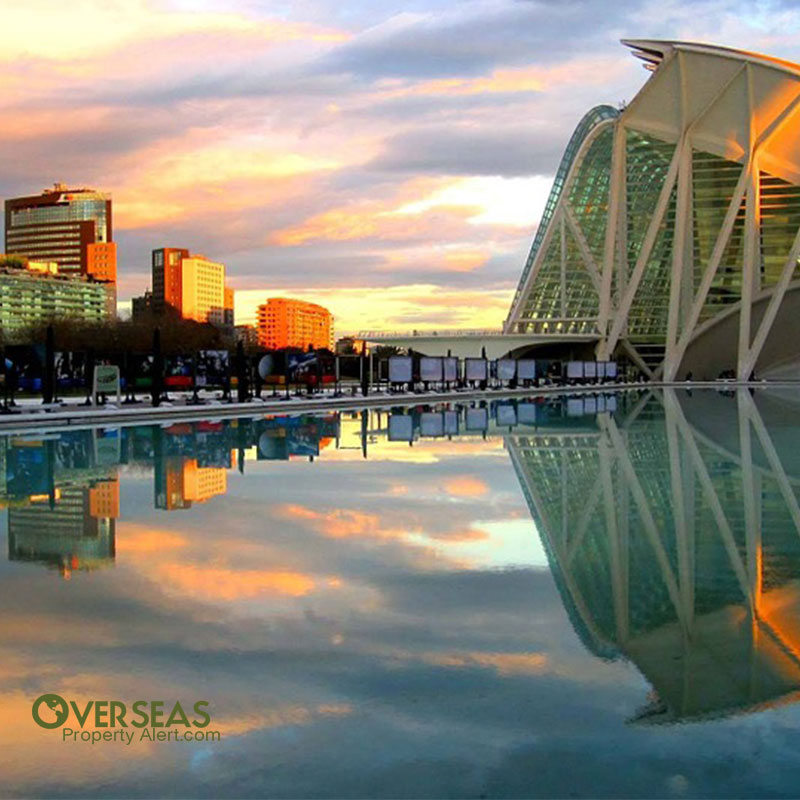 Spain has long been a popular destination for casual visitors and retirees alike. A convivial culture, generally agreeable climate, reasonable cost of living, and superb food are just a few of the reasons for Spain’s perpetual popularity.

But Spain is quite diverse—really more a loosely-knit group of largely autonomous and disparate comunidades more so than a single country. Faced with such diversity, where should you begin your explorations?

One of my favorite cities is Valencia. Although it is Spain’s third largest city, with a population of around 800,000 (double that in the metro area), Valencia feels smaller. It has a more relaxed ambience than either Madrid or Barcelona, and it’s considerably cheaper than those larger cities, as well. But don’t imagine that you have to give up a lot just because Valencia comes with a lower price tag. Not at all.

Valencia lies on the Mediterranean on a stretch known as the Costa del Azahar, or Orange Blossom Coast. It is easily reached either by direct flight, or …