Con Murphy is an Irishman with a taste for adventure who set out early for an eclectic career in real estate that has spanned the globe. Con has done it all, from scouting, buying, and selling from Ireland to Africa and then on to markets across Europe and the Americas. Con timed his positions to get out of Europe’s property market days before the 2008 bust and then went on to focus on emerging opportunities in Central America. Most recently, Con has been a property developer and off-grid builder in Belize… but he’s never lost his love of the thrill of chasing a deal. Knowing the industry from both sides, Con can spot the cowboy operators and grifters from across the street… and his extensive and diverse experience makes him the best you’ll find at sniffing at markets poised for growth. Now, after decades of investing across the globe for his own account, Con is ready to share his hard-won knowledge, perspective, and insights to our readers, pointing you in the direction of profit. 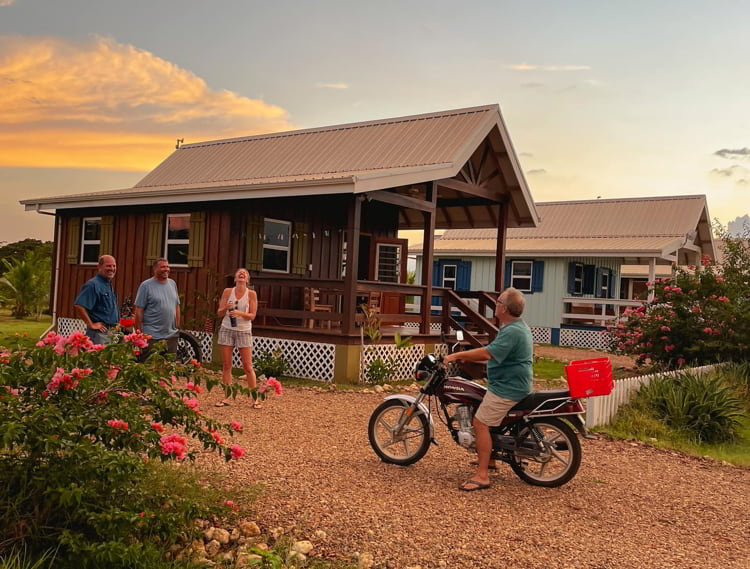 I agree. What’s the point of moving overseas just to end up in the same type of American community you just …

Should You Join An Intentional Community?Read More » 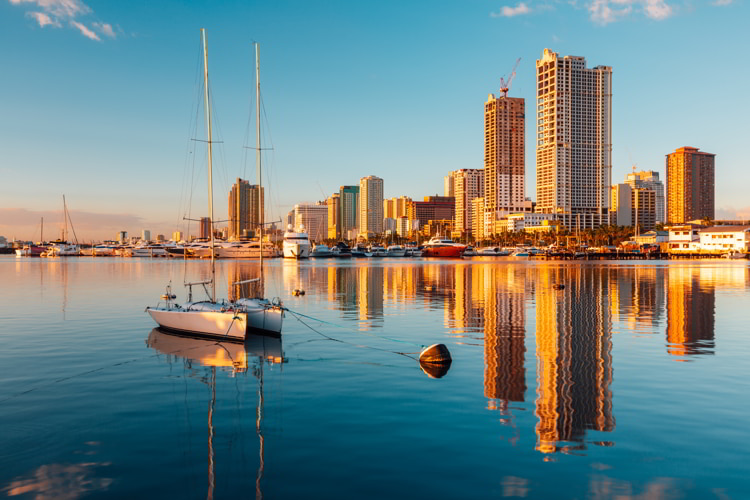 Penny Properties: 13 Places Where You Can Buy Property For Under US$20k

I’m often asked, “Where is the cheapest place to buy property?”

South Sudan is cheap now, as is Ukraine, for obvious reasons. No legitimate investors want to … 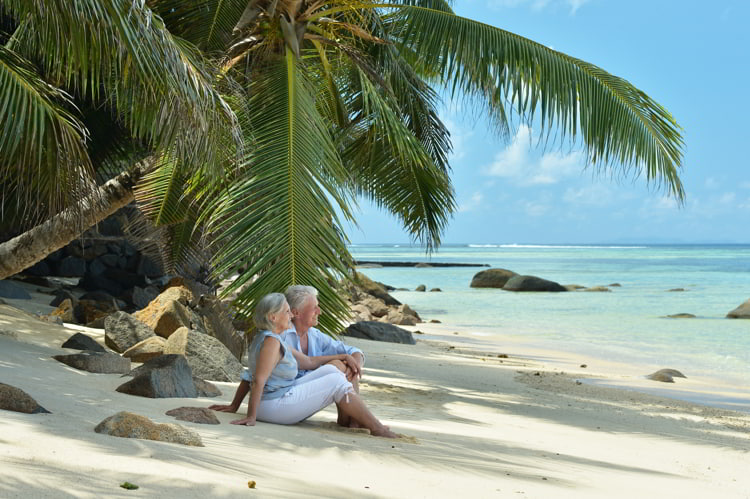 Avoid Mortgage Prices With A Piña Colada In Your HandRead More » 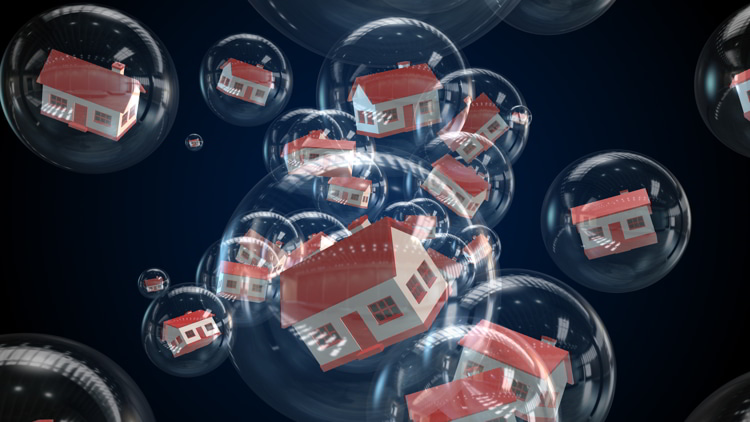 Real estate bubbles are as fun as they are dangerous. You can make huge profits… or …

The Real Estate Bubble: How To Recognize ItRead More » 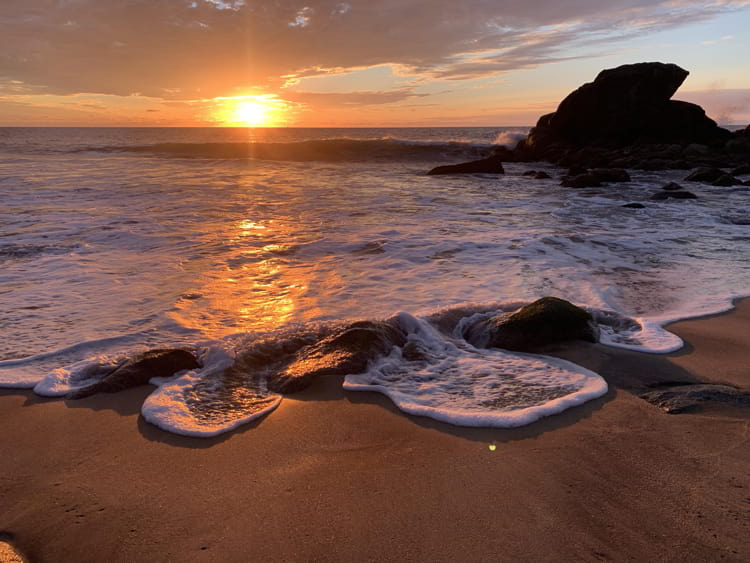 The Hidden Value Of The Riviera Nayarit

About 1.6 million U.S. citizens live in Mexico. To put that number into perspective, 47 countries have …

Riviera Nayarit, Mexico: The Next Big “It” DestinationRead More » 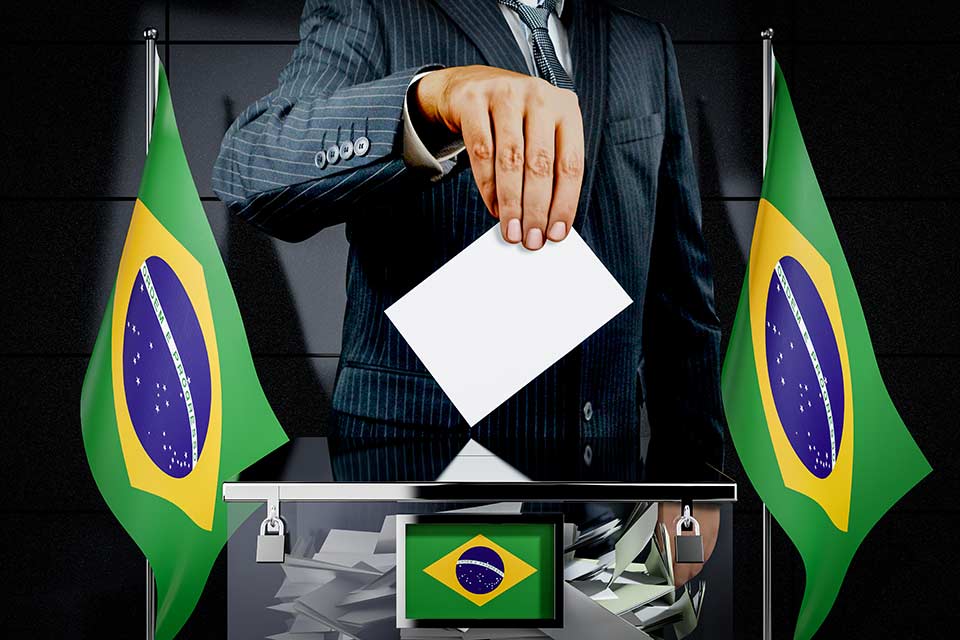 Next Sunday, Brazil is having its run-off presidential election. The showdown between the far right and far left is creating a lot of noise…

Neither side is being honest. Political mudslinging is the same the world over. The question is: Will this spectacle affect Brazil’s investment climate?

Not really… I’ll be bullish about Brazil regardless of who wins Sunday’s faceoff.

Brazil is a country of untapped potential. It’s similar to the United States 50 years ago: a young, hungry country full of passion, drive, and resources. It could go on to replicate the successes of the American post-war economic miracle.

The Battle For Brazil’s Presidency

The business sector panicked, imagining a communist state like Bolivia and Cuba where investors lost their investments and liberty. Brazil’s currency dropped 35%, and fear of Lula’s imagined banana republic policies was so rampant, he was forced to promise that he wouldn’t do anything fiscally reckless or destructive.

In the end, all that fear was unwarranted. Lula’s policies were good for everyone, and he was reelected for a second term, serving until 2010.

Lula ran on an anti-corruption platform, promising to remove graft and bribery from Brazilian political life…

But his presidency was marred by corruption accusations, and several years later, he was jailed for his part in the massive Operation Car Wash bribery scandal (among other things).

Two years into a 12-year sentence, his conviction was overturned by the supreme court. Now Lula is back, charming his electorate with plans for the economy.

His opponents are trying to paint an alarming picture of private asset seizure… but this doesn’t reflect Lula’s track record.

He promises fiscal responsibility, investment in infrastructure, respect for the independence of the central bank, and national debt reduction.

Lula’s opponent is incumbent president Jair Messias Bolsonaro, who offers a similar set of campaign promises… Slightly behind in the polls, he’s running on a free-market populist anti-corruption platform.

Like Lula, his presidency has been plagued by corruption scandals, and his economic policies are heavily criticized by the left.

Ideology and environmental policies aside, it’s hard to tell the difference between Lula and Bolsonaro. Neither adheres to the ideals that they claim… like almost all politicians everywhere.

What About The Future?

In Brazil, like many other countries, political corruption exists alongside a strong economy and good potential for economic growth.

Under Lula’s two terms as president, unemployment fell from 10% to 7.3%. Under Bolsonaro, unemployment has dropped from a pandemic high of 14% to 9.1% in July, its lowest level in seven years.

Lula had a large annual balance of trade surpluses. Under Bolsonaro, Brazil had a trade surplus of nearly 10 billion in 2021.

The results of Sunday’s election are anyone’s guess… As an investor, I don’t care which of these guys is in power. Brazil’s economic outlook is so strong, it doesn’t particularly matter.

Brazil is the sixth most populous country on Earth, with a young population of over 210 million people that’s growing fast.

With a GDP of US$1.61 trillion, Brazil’s economy is the 14th largest, but purchasing power parity means it has buying power equal to the 7th largest economy in the world.

Brazil has an exceptionally diversified economy, with heavy and light industry, huge natural resource reserves, and a rapidly expanding energy and services sectors.

Brazil’s unemployment rate stands at 9.1%, meaning there are no labor shortages like we are seeing in the States.

Commodity prices are surging around the globe. This benefits Brazil as the fifth largest agricultural exporter in the world and a huge producer of global commodities including soy, corn, iron, metal ores, sugar, lumber, and oil.

Property prices rose by 5.3% in 2021 on average, even during the pandemic. Brazil has a strong domestic vacation rental demand from its massive population and rapidly growing middle class.

Price and quality of real estate vary depending on where you are and what you want to spend. Once you get outside the major cities, high-end property is a fraction what you’d pay in other countries.

You can even find deals on beachfront property, if you know where to look… 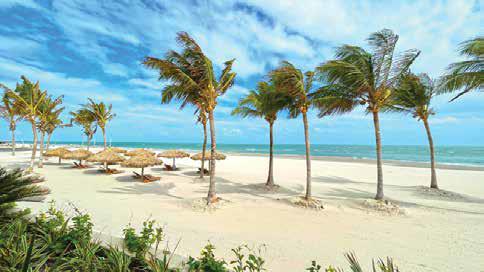 In northeastern Brazil’s Ceará state is an investment opportunity offering you direct beachfront living or rental cash flow in an established beachfront community.

These turn-key beachfront homes are ideally suited to capitalize on the growing short-term tourism rental market that is expanding in the region. The development is situated on a peninsula with stunning white sand beaches on each side.

All bungalows come with a small pool, outdoor terrace, and air-conditioning.

The development is close to amenities like a supermarket, pharmacy, and hospital. Also nearby are several restaurants, beach bars, and outdoor recreation opportunities like boating, kite surfing, buggy rides, walking trails along the sand dunes, and more. 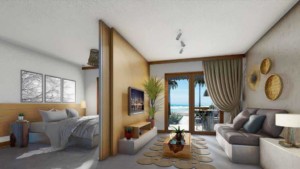 The developer is projecting a 10%+ net ROI—after paying property management costs, utilities, and condominium maintenance fees. Prices start at US$77,000 for cash buyers. With developer financing, prices start at US$88,500. Delivery is in 2023.

Inhouse property and rental management is available if you want it, or you can choose to live here year-round… To find out more about these Brazil beach bungalows, go here.

This live webinar covers his top income investment for 2023 and beyond—an opportunity that will continue to pay out no matter what happens with inflation or the stock market.

Lief’s given me the go-ahead to invite Overseas Alert Readers to this event, including access to exclusive attendee-only discounts.

Register to join us online for free here. Access comes with a recording of the webinar, too. 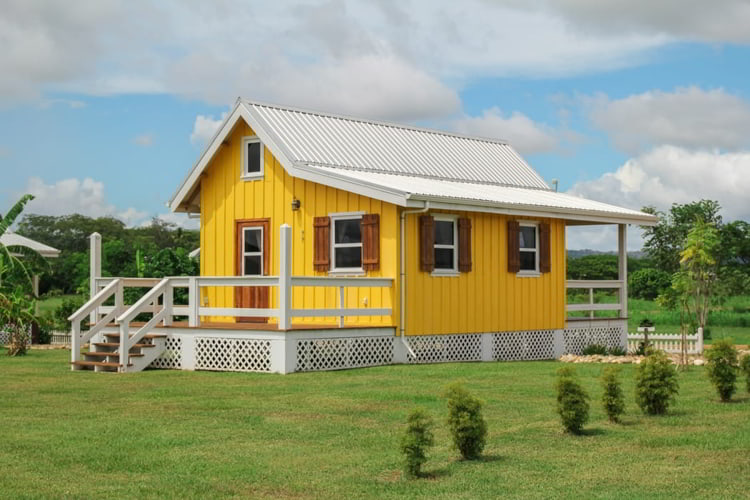 To make money in real estate, you need to understand the … 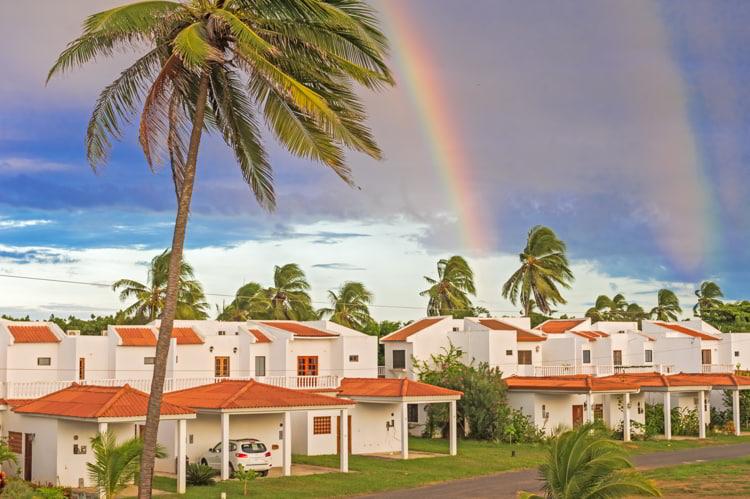 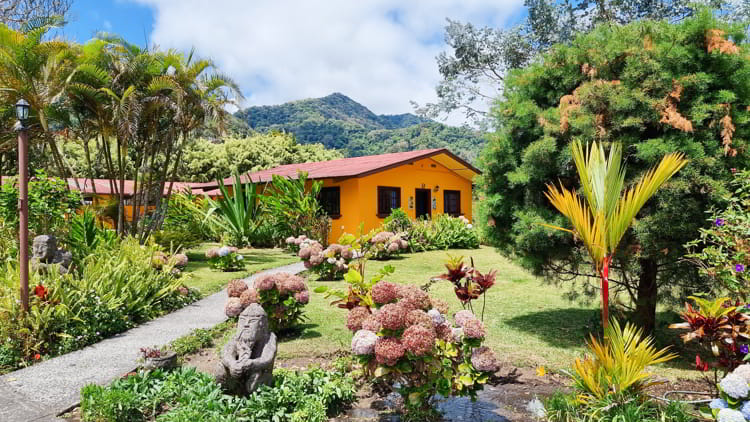 For over 170 years, travelers have gone missing in Panama’s highlands. Long before the Canal connected the Atlantic to the Pacific, gold prospectors began landing on Panama’s Atlantic coast. They were racing to the great California Gold Rush, and the quickest route was to walk across Panama and catch a ship north to California. These fortune seekers aimed for a gap between two mountain peaks to get to the Pacific… The area became known as “Boquete,” which simply means “the gap.”

Some worried what might have happened to these travelers in the highlands of Panama, and why they never made it to California. Today, people across …

Will You Disappear In Boquete Too?Read More » 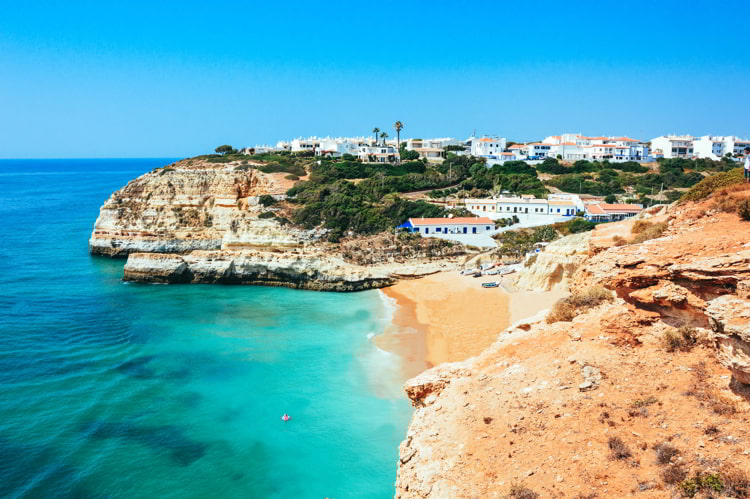 The cost of home heating is already double what it was a few months ago, and we aren’t even into winter yet.