Add $171,387 To Your Retirement Fund With This Sustainable Farming Method

From politics to climate change, there are plenty of reasons to be concerned about the state of the world today…

One less immediately obvious but just as troubling issue is the rate at which we are losing farmland. It’s a subtle, insidious process, which is why most people don’t think about it. Or they assume it’s just a third world issue…

But this is everyone’s problem. With the price of food increasing at its fastest rate in nearly 30 years, every acre of farmland lost puts pressure on future global food supplies.

The UN calculates that global food production will need to increase 60% by 2050 to keep up with population growth.

How is farmland lost? There are three main ways…

The United States is losing farmland at a rate of 2,000 acres per day. The American Farmland Trust’s research shows that the States has lost 11 million acres of farmland to development in the last 20 years.

This is more than 17,000 square miles of prime food-producing land that is now under concrete and asphalt.

As humanity continues to move from rural areas to cities, suburbs will expand by concreting over more farmland.

Topsoil regulates water. It’s vital to the absorption of rain and in preventing uncontrolled runoff that leads to more erosion.

It provides flood control. Three inches of humus can hold 1 inch of water. Over an acre, 1 inch of water held in the soil equates to over 27,000 gallons, which mitigates floods and droughts.

Topsoil also sequesters carbon. More carbon is stored in the soil than in all the trees on Earth.

If soil is lost, it cannot perform any of these functions. We have lost half of the topsoil on all arable land in the world since 1950 to erosion or salt panning.

An estimated 57 billion tons of topsoil has been washed away by erosion caused by unsustainable farming practices in the Midwest of the United States. The U.S. Corn Belt has lost 35% of its topsoil due to erosion.

Topsoil is the living part of all farmland and takes millennia to form, so this is a huge problem for future farmers.

New Scientist reports that ocean levels could rise as much as 2 meters by the year 2100, which will flood 1.79 million square kilometers of land.

A Practical Solution To Soil Erosion And Global Food Shortages

This farming technique can solve most of the issues of global soil loss. It can also tackle the food production crisis that the world is currently experiencing.

It could even save the world from global hunger. 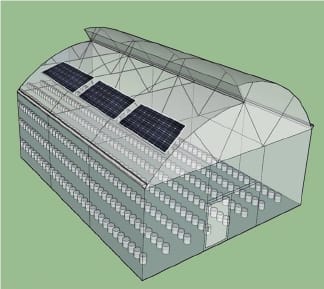 Hydroponics involves growing crops in nutrient-rich water without any soil, which means that food can be grown in the most barren areas on Earth.

Using 90% less water and space and up to 80% less fertilizer, hydroponics is the food production method of the future.

You get higher yields, less crop spoilage, and much higher-quality produce.

We have found another great deal for investors that will allow you to earn industrial-size profits from a sustainable investment that helps feed the world. It comes with a special launch price of US$37,950. 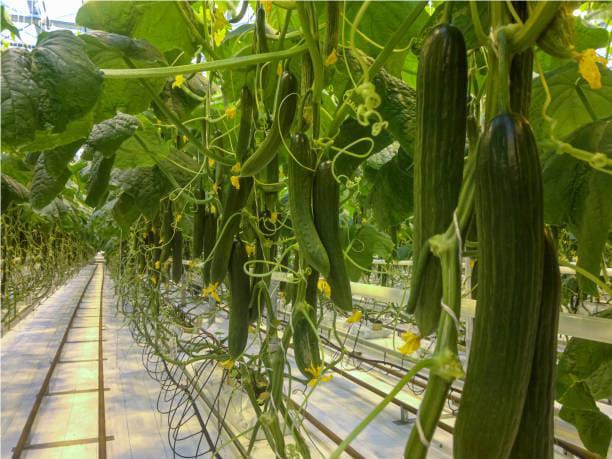 Why would you want to get in on this deal?

You will be growing highly coveted Japanese cucumbers.

In many places in the world, you would be lucky to get one or two crops per year. These specially selected hybrid cucurbits grow so fast in these high-tech greenhouses that you can get as many as nine harvests per year.

Cucumbers are the eighth most farmed vegetable in the world, with a current global market of US$2.84 billion, and this figure is increasing at a rate of 8.4% annually.

Andrew, the farm developer, has already established successful hydroponic greenhouses that have sold out harvests and paid out returns to earlier investors.

The development and farm management company is one of only 8,000 companies globally to be accepted into the prestigious UN Global Compact organization, which recognizes commitment to sustainable and responsible farming.

The developer has secured contracts with some of the largest distributors in Thailand. And with a new government-approved packing facility almost complete, we’ll soon have access to lucrative export markets in Hong Kong, Singapore, Malaysia, and the Middle East.

Each greenhouse is solar powered. This reduces the operating costs, makes your farm most sustainable, and removes the risk of crop losses due to power failures.

You own the greenhouse… the team on the ground plants, farms, harvests, and sells the Japanese cucumbers for you.

During our launch offer, the management fee is reduced to 10%. This is a more-than 50% reduction from the usual fee.

Many agricultural investments (like fruit trees) take years or decades to reach full production. This deal starts paying out at the full production rate in the second year…

You can expect more than US$8,000 every year over the full 20 years. Your greenhouse will last longer than the 20-year financial projections indicate.

This deal is projected to add a total US$171,387 to your retirement fund.

If a sustainable, planet-saving investment and long-term, turn-key returns are of interest to you, find out more here.

You need to move fast. The 50% discount on the management fees is available only until the end of July 2022. After that, the fee increases, which will impact your long-term profits.

Here’s to you planting the investment seed that could grow into a wealthy retirement.