Making Money From The Climate Crisis: How To Make 6 Times More Than Hardworking U.S. Industry Insiders

If you ever felt like kicking yourself for not buying a handful of Bitcoin when you first heard about it… go easy on yourself.

It was a brand-new concept, totally unconventional, and with a laughably small chance of success.

Those people claiming that they always knew Bitcoin was going to be “the next big thing” back in 2011 are just blowing smoke. Nobody knew for sure.

It was a long shot that paid out big precisely because it was a total gamble.

We might be waiting a while for an investment that will outperform Bitcoin.

Meantime, there is something out there in the world of investing that’s new, already paying big returns, and as close to a sure thing as exists today.

I wouldn’t dare call any investment a “sure thing,” except this type of investment is in a product that everyone on the planet not only wants but needs every day to survive. This is the opposite of some new tech or crypto long shot.

This is your opportunity to be ahead of the curve, to be the early adopter, the original seed capital investor in the smart technologies of the future.

The type of investments I’m referring to are a hedge against the chaos of our changing climate.

Early armchair investors in the sector are already making returns six times higher than American experts in this field.

So, what is this new boom industry?

Many of you will have guessed it, because the idea is both simple and innovative.

This boom market of the future is in smart sustainable agriculture.

The End Of The World As We Know It?

No matter what the doomsday prophets are chanting, the world as we know it isn’t ending.

But without doubt, the climate and global supply systems are changing, and how we produce food is undergoing a fundamental shift.

Now, whether you see mankind’s hand at the root of our changing climate is a hot political topic these days.

I’m not here to argue either way.

One thing that no one is debating is that we have experienced a lot of climate-related disasters this last year.

Reminiscent of the days of the dust bowl, food shortages, power shortages, and water shortages dominate the national conversation.

For those of us who position ourselves correctly, this can be a time of opportunity, as it brings the chance to capitalize on these chaotic events. The smart investor seizes opportunity from chaos.

How can I possibly claim this is a sure thing?

The facts speak for themselves:

Credit Suisse reports the global middle class grew from 507 million to 1.7 billion people between the years 2000 and 2020.

The EU forecasts this number will explode to 5.7 billion by 2030. That’s 500 million people joining the middle class every year.

The world has never seen this amount of global wealth growth.

A ballooning appetite for high-quality healthy food is forming a new investment wave the smaller investor can capitalize on… and making agri-investing sexy for the first time in decades.

The days of farm production driven by inputs shipped from around the globe are numbered.

Conventional food production systems have become brittle. As we have seen over the last year, it only takes one cog in the machine of production to fail for food supply systems to shatter.

The new smart farming methods are based on the idea that farms should be high-intensity, technology and science driven, sustainable, and as self-sufficient as possible.

Smart agriculture is actually returning to mimic the systems used by ancient civilizations, but scientists are leveraging these newly rediscovered techniques with technology.

3. Water Everywhere And Not A Drop To Drink

Weather patterns are getting so erratic we cannot rely on rainfall-irrigated crops anymore.

Right now, crops are failing in the United States due to lack of the most basic necessity of life… water.

The United States is facing a future of perpetual drought cycles.

According to drought.gov, as of Nov. 11, 2021, 48% of the land in the lower 48 states is experiencing a drought, and that’s with only three weeks until winter.

Farmers are having to pump water from miles away underground to irrigate their crops because their reservoirs are depleted and may never refill.

California will be unable to irrigate its field crops in a few years.

On smart farms, rainwater is harvested, stored, and used on the farm much more efficiently than with conventional farming.

You could invest in smart farms years before the rest of the world catches on.

Look at the numbers in red in the chart.

Profits per acre for hardworking corn farmers in the highly productive farmlands of Illinois have fallen from a meagre US$282 per acre in 2018 to a paltry US$208 per acre in 2021.

Aretrader.com lists the average price of farmland in the state at US$7,300 per acre.

This means American farmers toiling long hours in their fields make a paltry 2.8% ROI on their investment every year.

This is the opposite of smart farming.

By investing in smart farms, you can realize annualized ROIs of 16%+ without ever having to get out of your armchair or break a sweat…

Where Do You Find These Smart Agricultural Investments?

Lief Simon and his team have spent over a decade researching the most optimally positioned investments around the globe to bring to our readers.

Members of the billionaire boys club like Bill Gates and Thomas Peterffy are buying up farmland across the globe as long-term land banking investments, often hoping to make only 2.5% per acre renting it out or farming it themselves.

Lief has locked in prime agri-investments that are ready to start paying out in as little as two years—which will produce five to six times this return—and with no effort required on your part.

Lief himself sourced and researched a variety of high-tech hydroponic farming investments in Thailand. This lucrative project uses less than 10% of the water of conventional farms but produces many times more high-value crops per acre, without the use of chemical pesticides.

Vegetables are grown in nutrient-rich flowing water and grow much faster than plants grown in fields.

The high-tech greenhouses are even solar powered, meaning they are immune to power grid failures.

This is true self-sufficient and sustainable smart farming.

These farms could collect all the water they need from their own rooftops, never having to rely on municipal water supplies or draining the aquifers.

This farming method has a multitude of benefits:

If this type of high-return investment is appealing to you, go here to find out how you can get all the details.

Let’s consider another example of a high-return, gourmet food investment that is good for the planet…

Lief got in early with the smart Spanish agronomists who figured out a way to naturally produce truffles at a much faster rate than can occur in the wild. 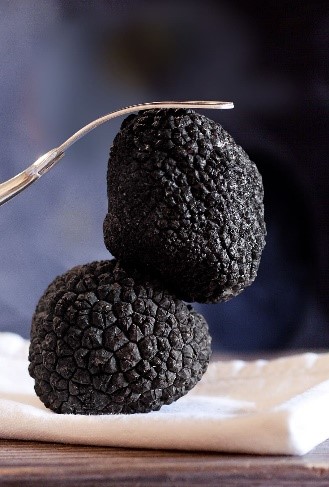 The result is your opportunity to invest in the continued growing global demand for the most expensive food in the world.

The spin-off benefits other than the long-term financial returns are:

The investment has a potential lifespan of decades.

If all this talk has whetted your appetite for smart agricultural investing, you need to know how to evaluate individual potential investments.

Factors To Consider When Looking At Smart Agricultural Investments

Unless you want to be out there picking your own coconuts and fending off monkeys with a stick, you want a turn-key investment.

You need an experienced and reputable management company in place. Ensure they have a long track record of managing large farms.

Who will buy the end products? Do you have access to local and international markets?

Ensure the product has a competitive advantage, intellectual property, or guaranteed market.

Is drought, pest damage, fire, or storm likely to affect you? Can the crop be insured? Smart farming methods usually reduce these risks significantly.

Where feasible, it’s best to own the underlying land.

Your investment should be part of a project large enough to harness economies of scale.

Be aware of exchange rate exposure and political stability.

What are the short- and long-term tax implications of investing in the project?

Of course, you don’t need to start scouring the internet for smart agricultural investment options yourself if you don’t want to.

Live And Invest Overseas is a team dedicated to scouting the globe for the best investments available, doing deep due diligence on any potential deal.

In fact, because Live And Invest can block book millions of dollars’ worth of smart agri-investments on behalf of our readers, we get deals far better than you would if you were to approach the promoters on your own.

That’s Live And Invest Overseas’ economy of scale, which they then pass on to you.

I’ll be checking out some of these places myself in the coming months.

I’m excited to get out there scouting…