I made two mistakes in last week’s issue.

You’ll read about one of my blunders in today’s Letter To The Editor below.

The other is that I told you about my plan to split this list over two issues. Turns out the five destinations I planned to tell you all about this week are commanding more space than I thought… so I’m going to make this a trilogy.

(Don’t worry—we’re still keeping to 10 destinations in total. If you missed Part 1 last week, you can catch up here.)

Before we start into today’s destinations, you may wonder where this top 10 list is coming from.

It has not, I assure you, been conjured up from the tea leaves remaining in the cup here beside me…

Instead, this list is my takeaway from a gathering of some of the Live and Invest Overseas real estate team in Paris this past October. Over two days, we considered the best places to focus our attention on in 2020. This is my trimmed-down version of that list. We have a handful of other markets we’ll be watching, too—and I’ll tell you about those in time. But, for now, the 10 you’ll read about in this series are the ones that we’ll have a close eye on in 2020.

Without further ado, let’s crack on with our list…

The two markets we’ll look at today offer the chance of a totally different lifestyle to what you’re accustomed to in North America. Each has its own strong identity. But one thing they share is a wide-open door to foreign residents and investors…

With its popular MM2H (residency-by-investment) program suspended in late 2018, we started into 2019 with Malaysia on the sidelines. But the good news is that this country makes a strong comeback to our radar for 2020. In April, the Malaysian government returned with a new set of guidelines that strengthen MM2H’s vetting process and safeguard the public against terrorism, criminal syndicates, and other security threats. Already, over 40,000 expats are enjoying MM2H status (and its zero tax on foreign earnings). And, since its return, the government is working to catch up on a backlog of some 3,700 applications.

Expats from all over Asia, Europe, Australia, and, increasingly, North America are drawn to this welcoming country that has many faces. From the uber-modern architecture and infrastructure of Kuala Lumpur… to Penang where you can have all the conveniences of city life by the beach… to the lesser-known colonial city of Kota Kinabalu in Malaysian Borneo, your dollar can stretch far here. Monthly budget for a couple renting in KL starts at US$1,510 a month, while in George Town, Penang, figure upward of US$1,070.

As a former British Colony, English is the official language of business in Malaysia and is widely spoken in the bigger cities. Another major bonus is the top standard of health care—medical tourism is a growing business for the country, and Malaysia welcomed more than 1.2 million medical tourists in 2018.

Foreigners buying property in Malaysia are restricted to certain minimums that differ according to location. In some states, these figures are lowered for MM2H visa holders…

You’ll find developers pricing their condos to meet these minimum price ranges. From an investment perspective, look for pre-construction offerings in developments geared toward the MM2H set. 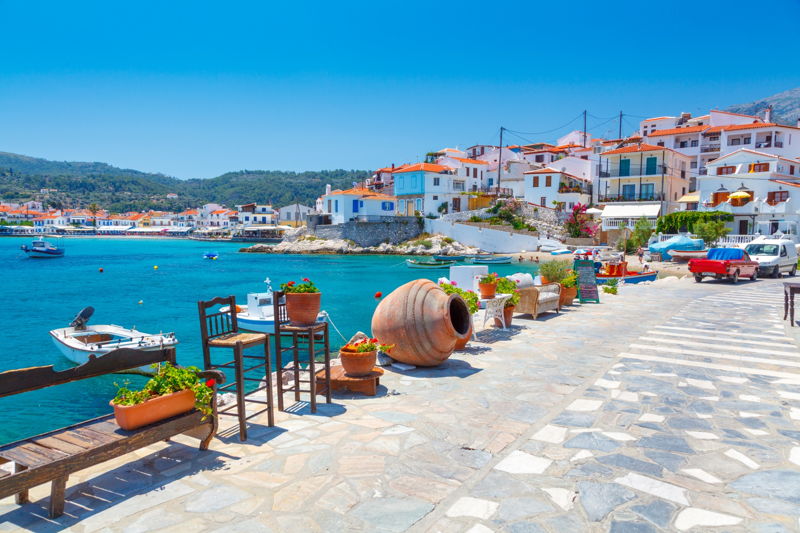 Finally, after more than a decade in recession, the ancient deities are once again smiling on Greece. The 2008 crisis shrunk the country’s economy by 25%, but over the past 18 months, the market has been slowly rebounding. In the first eight months of 2018, the number of property transactions recorded by the Athens land registry was up 59.6% on 2017. Prices in Athens rose 3.7% over 2018, but, across the nation, property is still undervalued.

Helping recovery is the government’s Golden Visa scheme—offered to non-EU citizens and their family members in return for a property purchase. Qualifying investors get a residence permit and full access to the Schengen Zone. Chinese buyers are dominating this market—they currently hold 60% of all Golden Visas issued. To qualify for Golden Visa status, the total value of the property investment must equal or exceed 250,000 euros (that’s US$277,400 at time of writing). With undervalued property countrywide, those 250,000 euros can go far. In Athens city center, where the average price is currently 1,810 euros a square meter, you should get around 140 square meters for the minimum entry.

Renowned as the birthplace of Zeus, Crete is the largest of Greece’s 227 inhabited islands and especially popular with European tourists. It’s among the top five destinations in the country that saw 33 million tourists in 2018—accounting for 16 billion euros in revenue.

Though you’ll see villas for on sale in the seven- and eight-figure range, you’ll also find property geared toward the Golden Visa minimum entry of 250,000 euros… and just above. One development near Chania is offering apartments from 285,000 euros (US$316,180). For that price, you can get a 60-square-meter unit with two bedrooms, bathroom, kitchen/living area, and covered balcony. All units have views of the Aegean and are just meters from the sand.

One more note on the Golden Visa requirements… Investors can buy one or more properties where the total value is at least 250,000 euros. You can also qualify by buying land and constructing a home on it—where the combined value meets this 250,000-euro requirement. This gives you lots of flexibility. Should you invest merely for rental return, as a Golden Visa holder, you never have to spend a day in Greece… but you are free to roam the Schengen Zone as you please.

Finally, on a personal note, back in the early Noughties, I spent six weeks in Athens on a work assignment. At the time, in preparation for hosting the 2004 Olympic Games, the city was turned upside-down. Short of reconstructing the Acropolis, it seemed everything was getting a makeover… including much-needed developments on the world’s second-oldest Metro system. My naïve expectation of an ancient city left me disappointed. But the sight of the Acropolis lit up at night… the opportunity to try a different cuisine every night… and the joy of exploring the Monastiraki flea market (not far from the ruins of the ancient agora) left me with the overall feeling that good things were to come…

Almost two decades on, out of all the destinations on our 2020 list, I’m personally rooting for Greece.